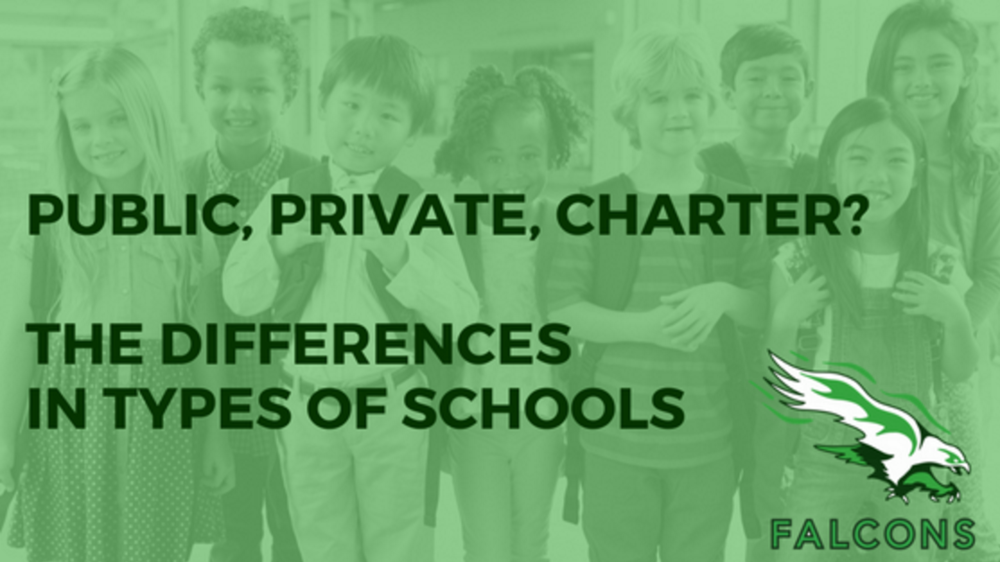 The Differences in Types of Schools

As a parent, you want the very best for your child’s education, but in a world with so many education options out there, how do you decide? Public schools, private schools, charter schools — what are the differences between all these types of schools?

And because a charter is a public school and receives public funding, in addition to being tuition-free, charters are also held accountable to certain state and federal institutions; here in Missouri, charters are accountable to the Missouri Department of Elementary and Secondary Education, or DESE, as well as the federal No Child Left Behind Act.

Charters are governed by an independent school board, whose only focus and responsibility is that particular charter school — different from public district school boards, whose focus is the entire district.

Charters do enjoy certain freedoms that traditional public schools do not, however; they are free from state and local regulations that apply to staffing, curriculum choice, and budget management. They are also typically subject to few, if any, zoning limitations, allowing students to attend based on their interest in the school, not necessarily where they live.

These freedoms allow them to focus on the promises laid out in their charter.

Typically, charter schools must have a sponsor in order to open and stay open; here in Missouri, sponsors are typically colleges and universities (Hope Leadership Academy’s sponsor is the University of Central Missouri). Parents, community leaders, social entrepreneurs, businesses, teachers, school districts, and even municipalities can all submit a proposal for a charter school.

Enrollment/admission is most often set by neighborhood zone — by law, a public school must accept every student in its district

Freedom to make own staffing, curriculum, and budget management choices

Subject to few, if any, zoning limitations

If a school is very popular, may use a lottery system to determine enrollment

Other funding comes from alumni and community donations, grants, and endowments

Can be religious, in which case additional funding may come from the religious institution the school is associated with